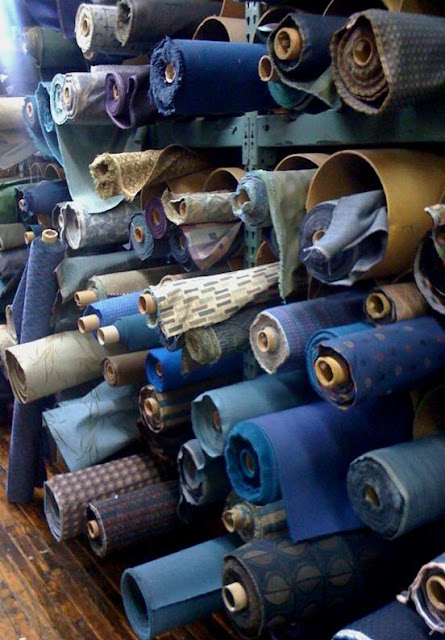 While visiting a friend in Harrisburg this weekend, I had a chance to stop by PA Fabric Outlet. Housed in a century-old former bakery, the offerings were so plenty that I had trouble focusing my attention in any one direction. Rolls of striped ticking fabric, swaths of soft gray suede, antique seamstresses' dummies gathered in silent communion and walls of trim volleyed for my attention. Slightly overwhelmed, I opted to do a complete walk-through so that I would know what I could find on a more leisurely future visit. One aisle near the back of the room caught my eye immediately. Stacked high with rolls of fabric in blues of every shade, it brought to mind a great pair of jeans with variations in tone that only add to its appeal.


Inspired by the comfort we all associate with our favorite pair of jeans and the fact that I love seeing materials used in unexpected ways, I thought I'd check out what was on offer in the denim furniture market. As it turns out, there's very little out there. Or rather, there's a lot out there but most of it is heinously ugly and barely worthy of taking up space in a basement man cave. The two main categories that I came across were bloated sleeper sofas and novelty couches patched together from old jeans and used for store displays. So I expanded my search to include accessories and interiors with a general bluesy mood that suggests the softness and variation of denim. With all of the washes available today, I think there's a lot of room for denim to be re-invented for the furniture market. The following is a small taste of the possibilities. 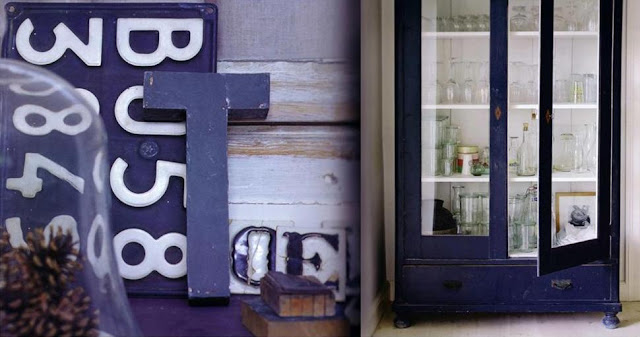 A grouping of vintage artifacts and a casual china cabinet. 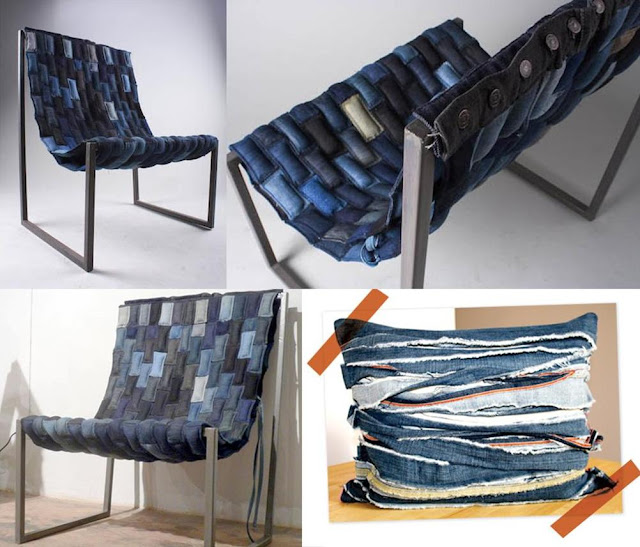 Meticulous tailoring transforms rectangular sections of denim into an inviting sling chair from Scrap Lab. Frayed strips from old jeans come together in a cushion that suggests a seascape. 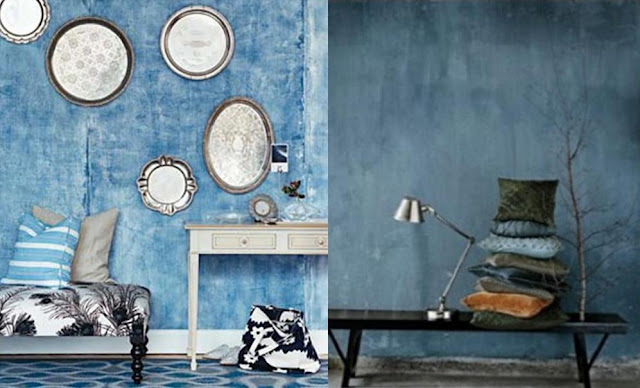 Walls washed in blue create a serene atmosphere that works as well in an apartment office as in a beach house bedroom. Ralph Lauren Home offers paint kits to achieve the indigo denim effect. 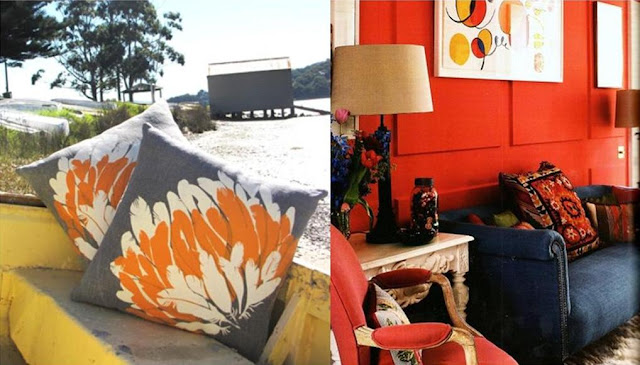 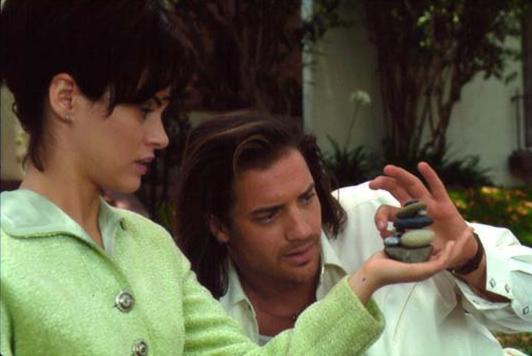 Still Breathing has endured as one of my favorite films since I first saw it about a decade ago. Brendan Fraser plays a San Antonio musician, Fletcher, whose father and grandfather both had visions of the women that were meant for them and subsequently found and married them. Fletcher finally experiences his own vision of his bride and he travels to L.A.'s Formosa Cafe to find her. There he encounters Rosalyn, played by Joanna Going. She is a con artist who mistakes him for her next mark and sets about seducing him. Intensely pursuing her but determined not to sabotage their relationship by rushing things, Fletcher eventually breaks down Rosalyn's defenses. During a stroll down a tree-lined street, he pauses to tell her about how he builds cairns. He takes her hand, palm up, and piles several little stones on it to commemorate the moment they are sharing together. Soon after, he tips her hand and lets the stones fall. Cairns aren't built to last but rather to punctuate a moment in time.


I have since built a few cairns of my own while walking along Wissahickon Creek in Philadelphia's Fairmount Park. Its meditative effect makes it the perfect way to shed city life stresses. Part of the fun is trying to build something that looks like it shouldn't be able to stay standing. Balancing it on the edge of a boulder or leaving a space at the center that you can see through makes it more than just a pile of rocks. Each structure is so precarious that I always know when it has reached its limit. Usually I'll continue on my walk until I'm on the other side of the creek and then I'll watch people's reactions as they discover the cairn. Dogs and children are particularly fascinated by these unexpected art installations in the wild.


Date: 15th century
: a heap of stones piled up as a memorial or as a landmark (Merriam-Webster) 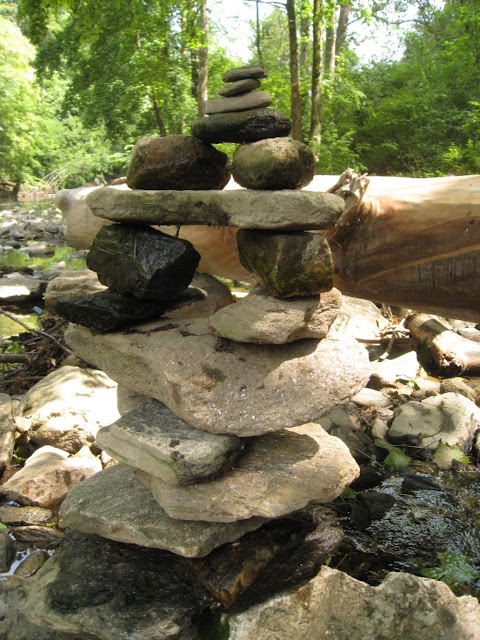 As a seller on Etsy, I love browsing at what is on offer from artists and vintage lovers around the world. It turns out that my love of cairns is shared by a number of them. Here are a few that captured my attention. 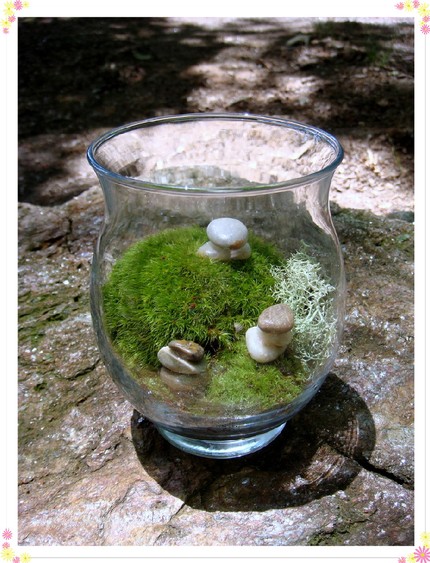 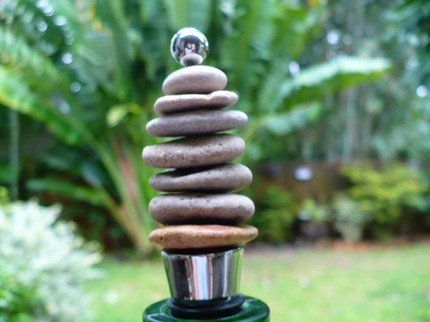 Made for Fun's Bottle Stopper 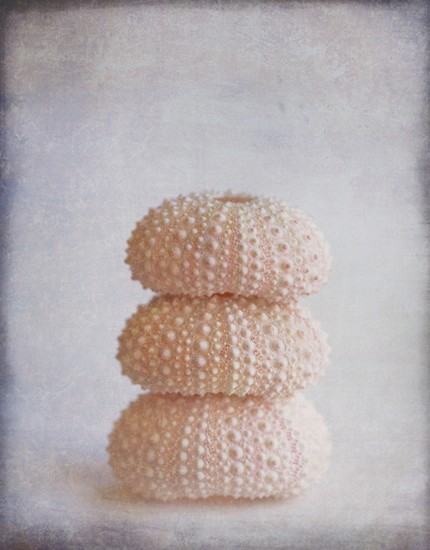 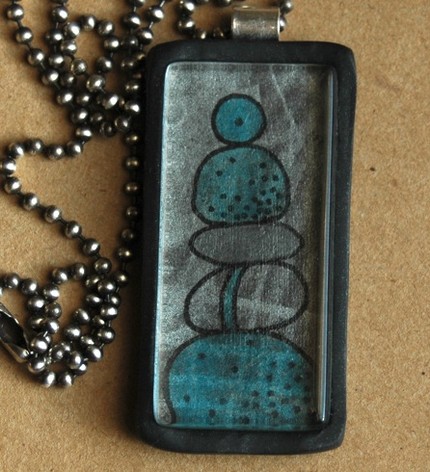 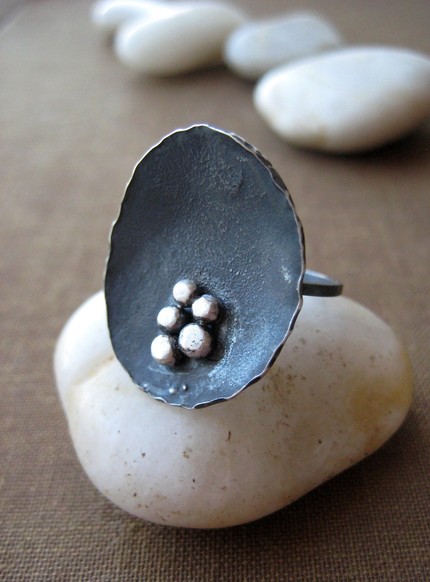 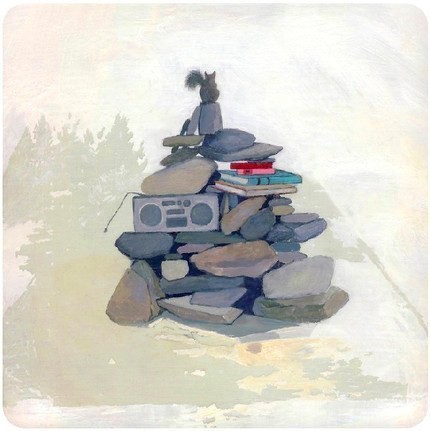 Groundwork's Cairn No. 3--Limited Edition Print
(which I also happen to have framed in my bedroom) 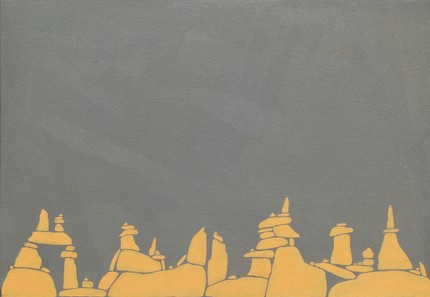 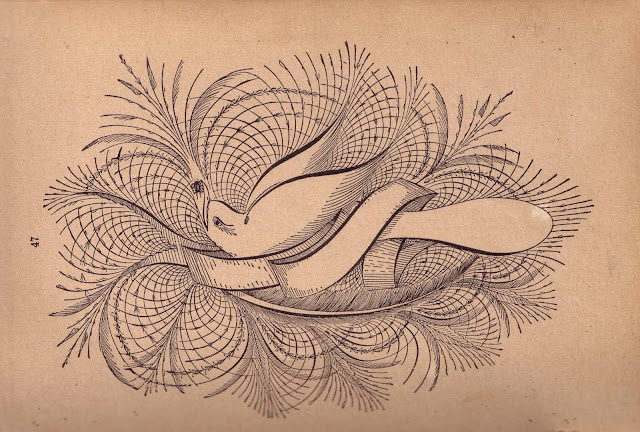 I recently bought a tattered old book called The Business Guide; or Safe Methods of Business by J.L. Nichols, A.M. With headings like "Practical Maxims for Getting on in the World" and "How to Apply for a Situation", it makes for an interesting read. But reading wasn't my real purpose for buying the book. Instead, it was the bookplates of ornamental penmanship inside that drew my attention. The fact is that I'm a sucker for good penmanship. I would easily hang one of those chalkboard menus we associate with Parisian bistros on my walls and call it art (a future post may well celebrate unintended cafe art). I've been known to spend hours in Word putting various fonts through their paces. So to me these images of once popular penmanship drawings constitute the perfect marriage of writing and design. 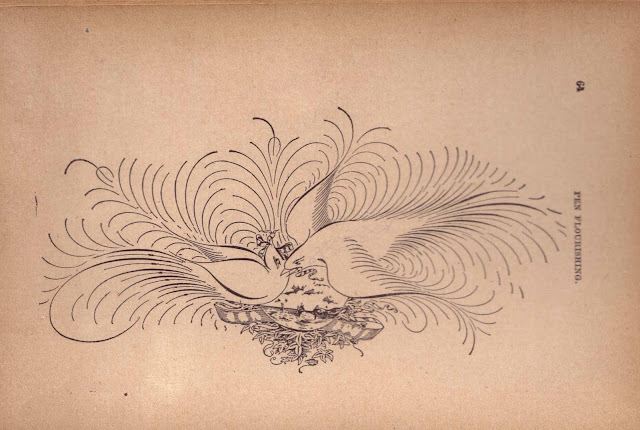 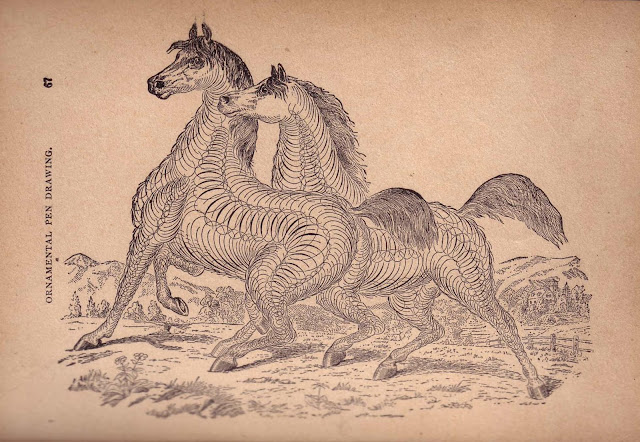 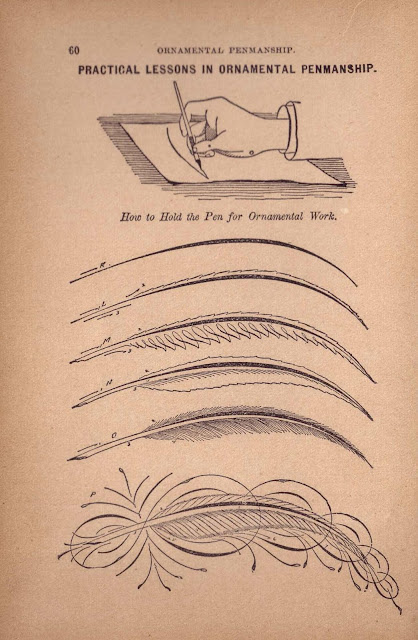 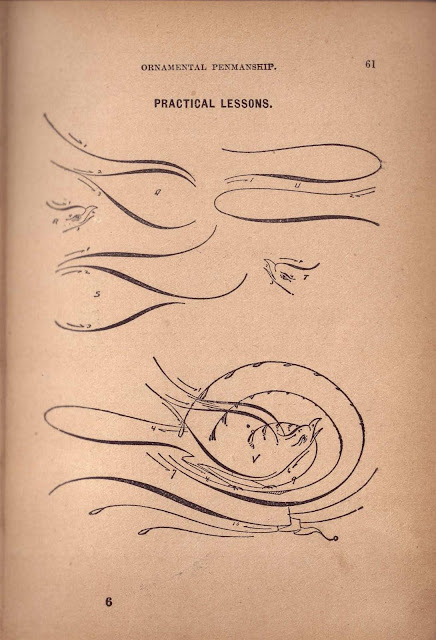 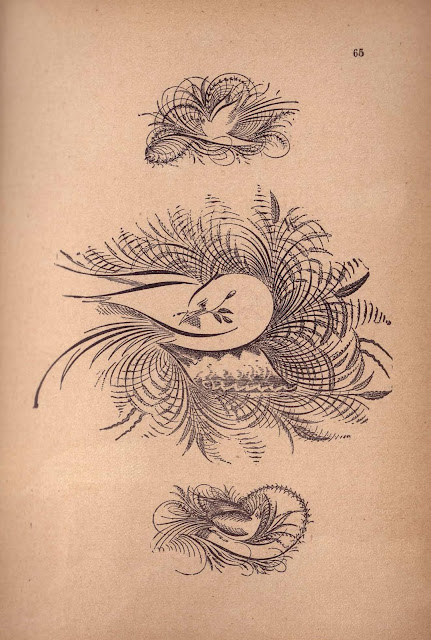 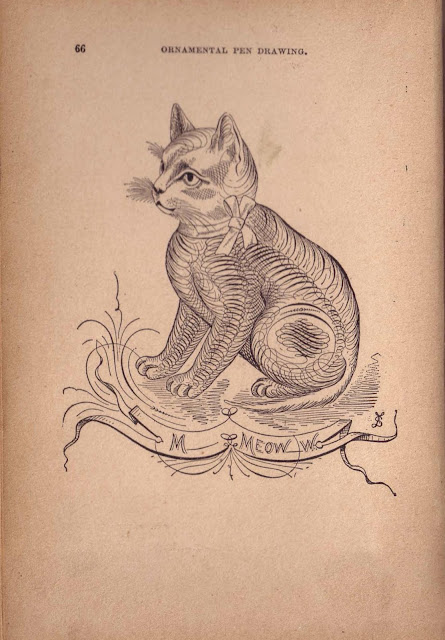 (Images from The Business Guide; or Safe Methods of Business by J.L. Nichols, A.M., published by J.L. Nichols & Co. Naperville, ILL., 1896 and available at amazon.)
1 comment: 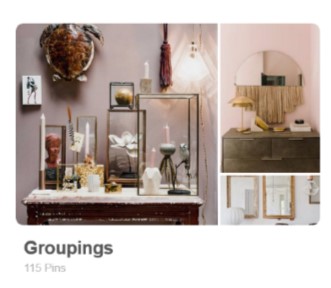 When I was 14 and living in a small town in England, I discovered the menswear inspired look via the Sloanes (which the Free Dictionary... 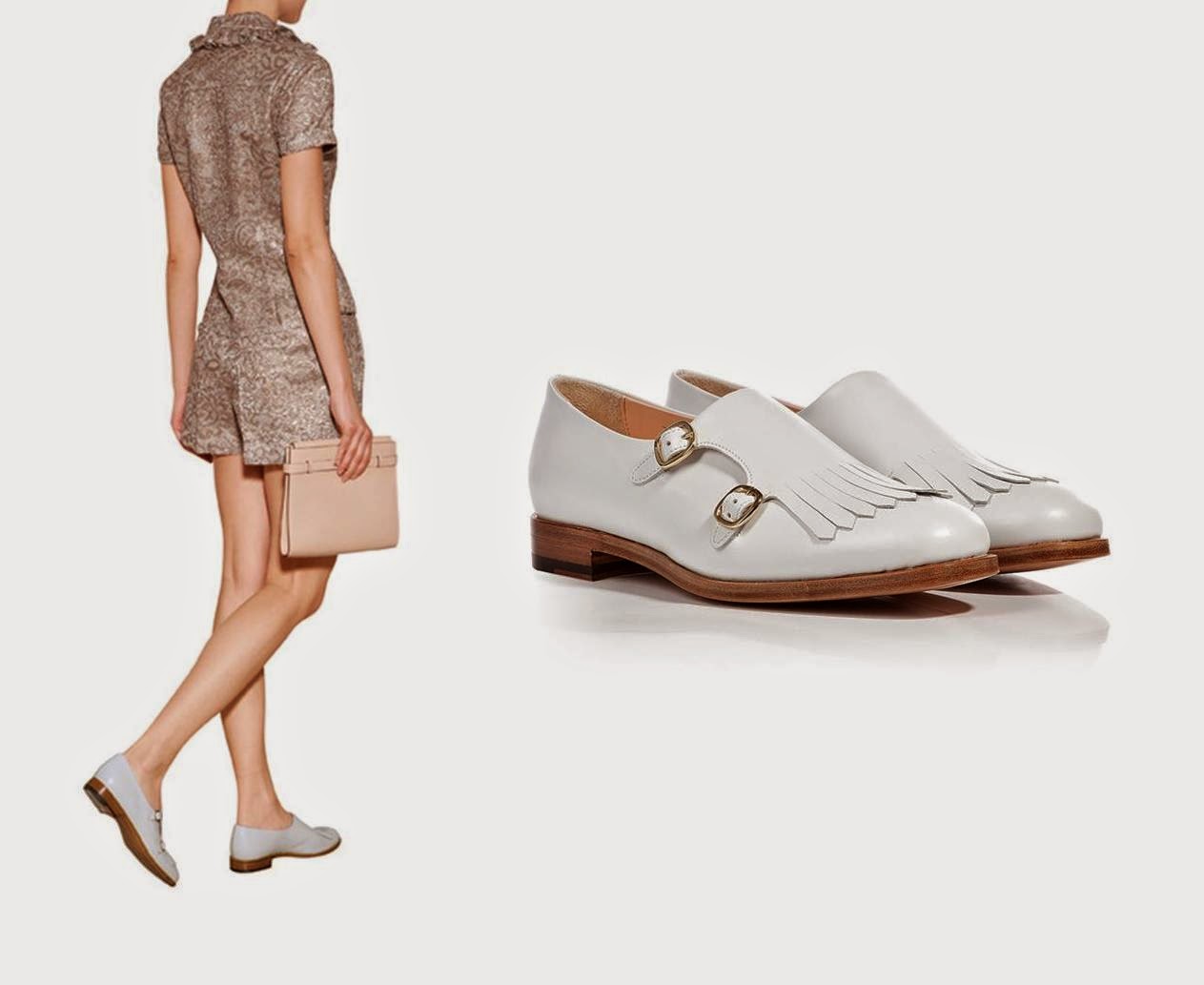 To Build a Living Room 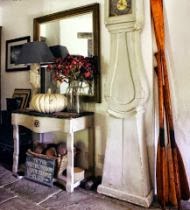 Coffee Tables that Look Down on Seating 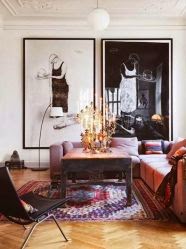 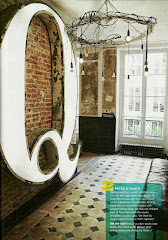 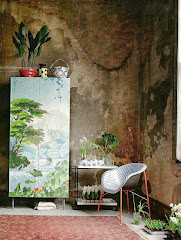 Dhurries, Suzanis and Other Rugs 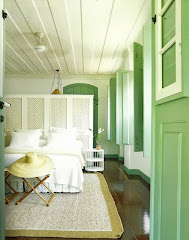 If I Were a Casting Director